Home » Playstation » XBOX One » Xbox One and PS4 in comparison: Which console is technically better?

Xbox One and PS4 in comparison: Which console is technically better?

The theme of Xbox hardware specifications One and Playstation 4 is in the light of discussions with and reporting the most important thing. We therefore want to take a look at the hardware that obstruct Sony and Microsoft in their consoles, even if there is no final data. It can nevertheless draw some conclusions. 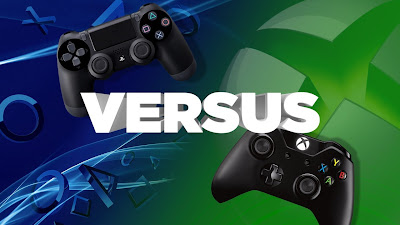 It is quite consistently reported that Microsoft like Sony put on a Jaguar CPU from AMD, which (with 1 MiByte L2 Cache 2x 4) has eight cores and will run in both cases at 1.8 GHz (according to other sources 2.0 on the PS4; 1.6 at the Xbox One). In addition, both manufacturers use a GPU from AMD based on the GCN architecture (Southern Islands and Sea Islands) to differ slightly. More on that later. The biggest technical difference is to be found in memory. Although both systems use eight GiByte RAM, but the Playstation 4 uses GDDR5 memory, while Microsoft only uses DDR3 memory, whose bandwidth is much lower. For compensation are 32 MiByte Esram available that can be directly addressed.

Xbox One and PS4 in comparison: CPU and GPU

Technically, the Xbox One is thus less equipped than the Playstation 4 Especially the graphics unit is on the paper on the PS4 with 1,152 scalar shaders significantly stronger than the one with the Xbox 768 scalar shaders. Which could counteract inter alia with higher clock rates, however, are not previously communicated. In addition, the bottleneck is at the memory. One offers the Xbox because of quad-channel DDR3-2133 (1066MHz) only 68.3 GB / s, while the Playstation 4 and 2,750 MHz GDDR5 offers 176 GB / s for the same bus width of 256 bits. This should have also led to the decision at Microsoft, the Esram to place (166 GB / s). To what extent this affects in practice remains to be seen. Also, the last two generations had such differences in detail, but at the end but that caused the games are very similar in both models. Differences were looking through a magnifying glass and mostly due to the experience of the developer of the technology. 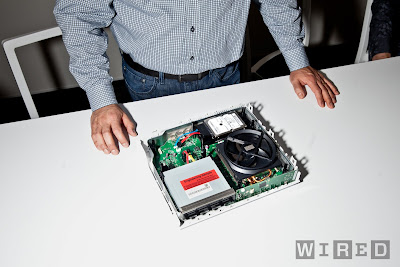 Xbox One and PS4 compared: Reasons for differences

Just the difference in memory leaves questions. Why does Sony for GDDR5, while Mircosoft tried his luck with DDR3? Was supposed to be in the planning phase of the Xbox One DDR3 is the only realistic option was a change and later no longer possible. Sony has taken here clearly the better choice. Even at the PlayStation 4 is set to the faster memory, but not ultimately paid off. The Japanese show also flexible when the messages to be believed. So to have had the slower, but twice as large memory, the Xbox One. The decision to change the Playstation 4 from 4 to 8 GiByte GDDR5 should be dropped at the last moment, when it became apparent that sufficient 512-Mbit devices are available. For developers of Sony's approach is the more convenient.

Coincidentally, but not confirmed, it is reported that Microsoft uses 12 Compute Units, while there are at Sony 18th Bottom line, a performance advantage of 50 percent calculated at the same clock, which should be 800 MHz for both models. Theoretically you could win back lost ground with more tact, but this is unrealistic. Apart from the cooling and the power consumption of the system means more clock ever poorer yield rate in the production and then it quickly becomes expensive.

Why Microsoft is so minimal in the graphics unit, initially remains a mystery. Can explain it with a thought model: Microsoft will deliver the Xbox Kinect One with 2.0 and these unit costs money. Sony is such a system not attach the console, so you could plug the budget released in the GPU - in the end you would have for both models the desired retail price of the competitors on equal terms. Another thought is that Microsoft had to trim the GPU to the embedded static random access memory still accommodate. That is also the reason for the enormous SoC The 5 billion transistors, because these 32 MiByte Esram as last-level cache occupy plenty of room. Experts expect before 1.61 billion transistors - the entire Jaguar unit comes to 2.15 million. 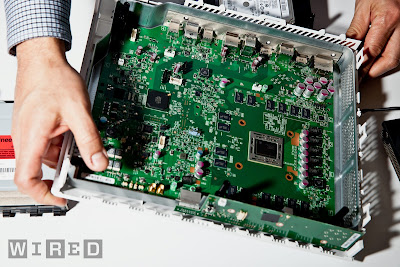 It is speculated that the Esram is ultimately only abused almost as efficient lossless antialiasing unit as it was when EDRAM Xbox 360. Developers should not have been convinced by the concept of what Sony has reportedly persuaded to use GDDR5 memory. As before, but it is unclear whether the ESDRAM was planned from the outset or subsequently has now introduced as mitigation.

Xbox One and PS4 compared: 4K playback and Blu-ray

Furthermore, both systems basically provide support for 3D and 4K output via the HDMI (V1.4a with 30 Hertz, with the Xbox one run as input). In practice, though, get a little. The two built-in appliances Blu-ray drive is not suitable to receive such masses of data, since not enough space available on the disc. An output of games in this resolution is also unrealistic in view of the installed hardware. The feature will ultimately can only be used in menus and streamed videos.

The size of the hard drive is still unknown at Sony and the PS4. With the Xbox 500 this one will be GiByte and comes from Seagate (Model SAMSUNG Spinpoint M8 ST500LM012, 5.400 U / min, 8 MiByte cache, SATA 3GB / s). The drive is permanently installed and can not be exchanged. However, can be in the Xbox One external USB 3.0 drives, connect the space can be fully utilized. The latest is necessary if you want to install multiple games, which would have been the Xbox One presupposes and made well in practice anyway.

Xbox One and PS4 compared: Efficiency

One of the major criticisms of the current console generation was the efficiency. Which have now accepted both manufacturers. As is set on both sides on AMD hardware, certain conclusions can be drawn. The TDP of the entire console is expected to amount to 100 watts. The eminently efficient Jaguar cores have a TDP of 25 watts per four-pack, so 50 watts for the GPU stay. Some leeway is still needed for the rest of the hardware, such as hard drive consuming approximately 5 watts. Since the systems are designed as a custom design of AMD APU (SoC), a lot of optimization work will be flowed into the architecture. Microsoft also confirmed that the console has power-States to halt the current curb hunger. In the Xbox it is one of several blocks (CPU, GPU, ...) be independent States. This also plays into the manufacturing process, which is said to be 28 nm. Rumor FD-SOI is used by ST Microelectronics, which is reacted with a contract manufacturer Globalfoundries. Whether other contract manufacturers come into play, is not known.

In addition, AMD will use the HUMA technology for the installed APU. Heterogeneous Uniform Memory Access allows the further fusion of CPU and GPU into one unit, because it allows the simultaneous use of the memory address space for CPU and GPU. The big advantage is that the time-consuming of sending data between address spaces is not necessary. Thanks HUMA no APIs must be used more. High-level languages ​​such as C + + can directly access hardware. The technology comes the end of 2013 in the PC field, with Kaveri, which is more powerful than Jaguar, and then with 2 GCN.

In both backward compatibility with the previous system will not be given. Microsoft has already confirmed that Xbox 360 games will not run. At Sony, it will not be different. The reason is simple: Both systems continued to x86/64-Bit-Architektur now, whereas before IBM processors come with RISC architecture used in both cases. To solve would be to costly hardware emulation or resource eating software emulation. Both seem to be an insoluble problem for the provider. However, it is technically feasible in the less expensive arcade games. While the new consoles approximately sixfold raw performance than their predecessors, but an emulation of the last to the smallest retail-optimized games that should be enough.

Unlike the last generation, both on the technical side, manufacturers are no longer a risk and put on probably familiar architectures that provide developers with good handling and apparently are nearly identical. The greater risk is in contrast to last launch but now at Microsoft, because whether the concept of entertainment box comes up, is a very wobbly affair. At first glance, Sony is better off with something more nimble and less hardware experiments this time. The Japanese seem to have learned from the PS3 dilemma. From the glass ball can also progonstizieren that games will look better on a touch of the PS4, because based on the same architecture and the weaker performance of the Xbox one for cost reasons, most developers will simply leave a few effects. While Sony moving further with the intelligent hardware chosen the gamble in focus, it is the entertainment at Microsoft. This allows the weaker performance of the hardware for the Redmond get over. There are comments that Microsoft has lost the battle with the Xbox one against Sony Playstation 4 and this would make it - with the result that there is now fully aimed as an entertainment box into the living room of the Americans.

Xbox One vs PS4 Hardware Specs Comparison - Which one is better?

Related : Xbox One and PS4 in comparison: Which console is technically better?